A patch diff compares a vulnerable version of a binary with a patched one. The intent is to highlight the changes, helping to discover new, missing, and interesting functionality across various versions of a binary. 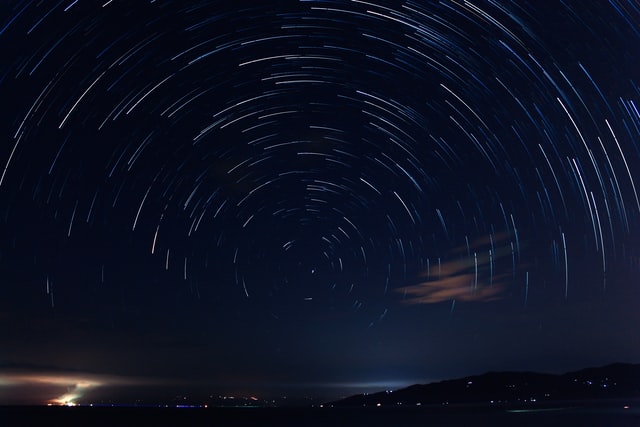 Photo by jareeign on Unsplash

Binary code similarity approaches compare two or more pieces of binary code to identify their similarities and differences. The ability to compare binary code enables many real-world applications on scenarios where source code may not be available such as patch analysis, bug search, and malware detection and analysis. A Survey of Binary Code Similarity - IrfanUlHaq2019

Binary diffing refers to the comparison of two binaries. Whether the binary is of a different architecture, a variant of OS version, or the latest update, it can be useful to analyze the differences to determine:

Patch diffing (a specific form of binary diffing) is a technique to identify changes across versions of binaries as related to security patches. A patch diff compares a vulnerable version of a binary with a patched one. The intent is to highlight the changes, helping to discover new, missing, and interesting functionality across various versions of a binary.

Overall, the risk of post-patch vulnerability exploitation is inevitable for software which can be freely reverse-engineered, and is thus accepted as a natural part of the ecosystem. Mateusz Jurczyk -P0

Patch diffing is a reality of the modern day update process. For vendors of closed source software, an interesting dichotomy exists between the release of updates to improve the security of software while simultaneously providing malicious attackers and security researchers a map to vulnerable code. This same tension is present within the vulnerability disclosure debate.

Patch diffing is an often overlooked part of the perpetual vulnerability disclosure debate, as vulnerabilities become public knowledge as soon as a software update is released, not when they are announced in release notes. Skilled researchers can quickly determine the vulnerability that was fixed by comparing changes in the codebase between old and new versions. If the vulnerability is not publicly disclosed before or at the same time that the patch is released, then this could mean that the researchers who undertake the patch diffing effort could have more information than the defenders deploying the patches.Maddie Stone -P0

Patch diffing can be a deep well of vulnerability information on its own. Often, without a CVE blog post or sample POC, it is the only source of information to determine the changes made and deduce the original issue. The skill in patch diffing is separating the signal from all the noise (followed by a dash of skill in reverse engineering).

It’s also interesting to see that the graphical subsystem had fewer changes detected in general, but more than the core kernel specifically in the syscall handlers. Once we knew the candidates, we manually investigated each of them in detail, discovering two new vulnerabilities in the win32k!NtGdiGetFontResourceInfoInternalW and win32k!NtGdiEngCreatePalette system services. Mateusz Jurczyk - P0

On your path to understanding the original issue, what you find may surprise you. A CVE combined with the latest patch to fix it has just transported you to an area of troubled code. The question is “Do bugs congregate?” Where you find one bug, others are likely to gather.

Patch diffing is an excellent exercise to add to a researchers training regimen to hone their skill and keep them sharp. Patch diffing gives you both a goal (understanding the patch) and focus (reducing the scope of the whole binary to a few functions). Not only can you see more clearly, along the way you gain experience in reverse engineering and clarity on what actual security issues are. As you build out mental models for various vulnerability classes, the energy needed to find them decreases. And your ability to see them through all the noise increases as well.

Now that you are convinced that you should be patch diffing, what are the chances of all these benefits coming to fruition?

Security patches are often made to applications, libraries, driver files, etc. When a new version is released it can be difficult to locate what changes were made

Security fixes are typically not the only changes included in an update of a binary. Brand new non-security related features often appear in software updates that you will need to rule out. A single executable having 1000s of functions also includes other libraries and external dependencies that can simultaneously update. Your software component might consist of several binaries, increasing the difficulty of detecting changes, or at least multiplying the number of patch diffing sessions required to detect changes across builds. Last, there is nothing preventing multiple patched bugs within a single update.

Patch diffing is difficult. Even if there was only one change, understanding how to reach that code within a binary can be an arduous task. Is all hope lost?

To help you find your way, here are a couple of tips to keep in mind.

It is not easy, you can get it wrong. There is no promise of success in patch diffing. In this particular case the researcher used the wrong set of relevant patch files. Following the aforementioned path from CVE -> relevant patch file should keep you on the straight and narrow for the correct patch.

A file such as mshtml.dll is patched almost every month. If you diff a version of the file from several months earlier with a patch that just came out, the number of differences between the two files will make analysis very difficult. Gray hat hacking: the ethical hacker’s handbook 2015

This one is obvious. The less changes your have to look at, the less chance there will be for confusion of analysis on unrelated changes.

James Forshaw advised me to patch diff the Windows 7 win32k.sys files rather than the Windows 10 versions. He suggested this for a few reasons:

This argument why to look at the Windows 7 vs the Windows 10 security updates, alluded to in Windows 10 vs Windows 7 Cumulative patches, follows the same vein of reducing complexity and increasing the signal-to-noise ratio. For whatever system you are analysing, consider the same patch being applied on a simpler version of the operating system.

For many (all?) of the available SRE tools, symbols add necessary precision to the comparison. For Ghidra, it allows for a much quicker analysis and I assume the same across the board.

Luckily, Microsoft, as well as some other vendors, provide symbols. These symbols are extremely useful because we can often correlate the information provided in the patch bulletin with obvious symbol names. When we look at CVE-2014-0254, which is associated with the patched vulnerability, as linked from the Microsoft website, it reads, “The IPv6 implementation in Microsoft Windows 8, Windows Server 2012, and Windows RT does not properly validate packets, which allows remote attackers to cause a denial of service (system hang) via crafted ICMPv6 Router Advertisement packets, aka ‘TCP/IP Version 6 (IPv6) Denial of Service Vulnerability.’”4 For quite a few years, it has been known that by sending IPv6 route advertisements using a random MAC address and a random IPv6 route prefix, you can cause a denial of service against many different devices.5 Because we know that the vulnerability has to do with IPv6 and that route advertisements using prefixes is involved, let’s take a look at the symbol names showing as changed after the diff. GrayHatHacking2015 [[S- 2021 - Article - GrayHatHacking - One-Day Exploitation with Patch Diffing Regalado2015]]

For closed source or proprietary software, updates come in a binary form. There is no source code to analyze or perform a textual diff on to gain insight into what changes have occurred. For this, we turn to software reverse engineering tools that take much of the heavy lifting out of discover differences across binaries that contain 10s of 1000s of functions. These SRE tools help navigate complexity of these binaries, identifying the important differences from all the code and data (aka noise) that hasn’t changed.

There was a recent systematic analysis of modern binary diffing tools comparing over 61 tools and providing considerable insight on binary diffing. Each tool was compared across several different features and several information was provided on each.

Each tool performs this to a different degree.

Which Diffing Tool To Use?

This is a good question. There are several, and for brevity here is a recent list from WhatsUpWithWhatsApp 2019:

Which tool to use depends. The linked presentation walks through the pros and cons of each of the tools listed (except Ghidra). Check out the presentation and get an idea for yourself. In this course, we will focus on Ghidra and its Version Tracking tool.

No binary diffing tool will highlight the differences out of the box. There are too many variables in the equation. Each tool has a separate workflow that will need to be tried, tested, and evolved. The skill of reverse engineering will need to be added to the analysis to get the value required for understanding the underlying vulnerability.

Patch Diffing is not a panacea, a silver bullet, or trivial. It requires skilled reverse engineering pull out the differences signal from the noise of semantically unchanged functions. It can be a source of truth. Did the change actually meet its mark? Did a security patch actually cure the root cause?

To answer these questions, this tutorial will provide a walk through with a single tool and a few scripts you can use in the Ghidra Version Tracking (aka Ghidra Patch Diffing) Tool section.

Our path for the course is to attempt to analyze the differences across the previously identified Windows Print Spooler CVEs (2048,1337,17001). We will look at each diff individually using the lens of patch diffing as an attempt to get some clarity as to why it took so many attempts to get it right.